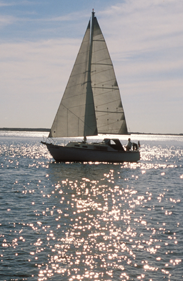 TO PROMOTE AND FACILITATE THE DEVELOPMENT OF ST. AUGUSTINE AS THE MAJOR CENTER FOR COMMERCIAL AND RECREATIONAL MARINE ACTIVITY IN NORTHEAST FLORIDA 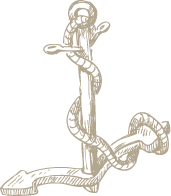 Jane West, Policy & Planning Director at 1000 Friends Friends of Florida.
Jane works with citizens, providing guidance on critical growth and development issues facing communities across Florida. She also advocates before the Florida legislature to promote legislation for sound community planning that protects Florida’s lands and waters and quality of life. In addition, Jane coordinates 1000 Friends’ legal advocacy efforts related to growth management. Jane has been practicing law for 21 years, and for the past 7 years has owned Jane West Law, P.L., a boutique litigation law firm focused on precedent-setting public interest land use and environmental cases throughout the state of Florida. She is an AV-rated attorney admitted to the U.S. Supreme Court, the 7th and 11th U.S. Court of Appeals and the Southern and Middle Districts of Florida. She is highly knowledgeable on comprehensive plan amendments, the quasi-judicial process, and zoning matters. The majority of her case load has involved land use litigation in circuit court and the Florida Division of Administrative Hearings (DOAH) along with federal litigation. Previously, she practiced law in Portland, Maine at Conservation Law Foundation, and Jupiter and West Palm Beach, Florida. Jane has a law degree from the Shepard Broad Law Center at Nova Southeastern University and B.A.s in both International Relations and Fine Arts from the University of South Florida. Jane currently serves as the Chairperson of the City of St. Augustine Beach’s Planning and Zoning Board, she was the founding member and President of the St. Johns Association of Women Lawyers and is a long standing member of the Florida Association of Women Lawyers. She likewise is a founding member of GreenHands, Inc., served on the Land Development Committee of Conservation Florida, and chaired the Agriculture and Environmental Council for the St. Johns County Chamber of Commerce. Jane was elected to the St. Augustine Port, Waterway & Beaches Commission in November 2020.

Matt Brown is a native Floridian and a 2000 graduate of Saint Augustine High School. A beach lifeguard in St. Johns County for nearly a decade. He was awarded the South Atlantic Lifesaving Association’s “Lifeguard of the Year” award in 2003. After earning his law degree from NYU in 2011, he became the executive director of Common Good, a non-partisan government reform group, where he focuses on issues related to regulatory quality and infrastructure permitting.

I grew up in St. Augustine and owned and operated several restaurants in St. Augustine since 1981. As a restless entrepreneur, I have started several companies in addition to my restaurants. My current occupation is CEO of the company I founded in 2005. Way Marine Design is the manufacturer of the No Profile Boat Lifts located in St. Augustine Florida. We build and ship boat lifts all over the world and our products have received numerous awards throughout the marine industry. I have plied the waters of St. Augustine most of my life fishing, surfing, diving, and skiing. My wife Pam is an environmental scientist with the St. Johns River Water Management and I have one daughter, Ashley who is an emergency room nurse at Flagler Hospital and I have two granddaughters, Bennett 3, and Scout 18 months.

Commissioner Tom Rivers is serving his 3rd term on the Port Commission. he will be seeking 4th term in the 2022 primary election. His past experience includes 2 terms on the St Johns County School Board and the St Johns County Property Adjustment Board. Rivers is a Broker Associate with Florida Homes Realty and Mortgage. He has been president of the St Johns County Multiple Listing Service. Rivers has 5 grown children and 13 grandchildren and has been hosting foreign exchange students for 18 years. His students have come from South American and European countries. He is serving currently as Music Director/Organist at St Ambrose Catholic Church in Elkton Florida. Rivers was elected county wide as the State Committeeman for St Johns County on the Republican Party of Florida. He is currently serving as Treasurer of the Greater St Augustine Republican Club.